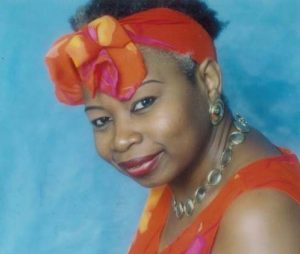 Stiffin, an Indianola native who now lives in Miami Gardens, Fla., traveled to Paris, France, recently to accept the award in the general fiction category.

Stiffin said in a statement she believes the characters helped her earn the recognition.

“I am humbled and honored by this award,” she said. “When writing this book, the characters guided me through the process. When I started to push them, they started to push my pen. Characters will tell a story if you allow them.

She described the novel as “an earthy, spell-binding drama set in her birthplace, the Mississippi Delta. Using period vernacular Stiffin links three families across multiple generations to ultimately reveal a story of survival that travels the corridors of freedom, forgiveness and love of family.”

Stiffin also has a number of short stories, as well as three other books. Currently, she is writing another novel, “Casino Blues.” She is chair of the Department of Health and Natural Sciences and a tenured associate chemistry professor at Florida Memorial University. She holds chemistry degrees from MVSU, MSU and the University of Tennessee-Memphis.

Originally published August 13, 2015 in The Enterprise-Tocsin