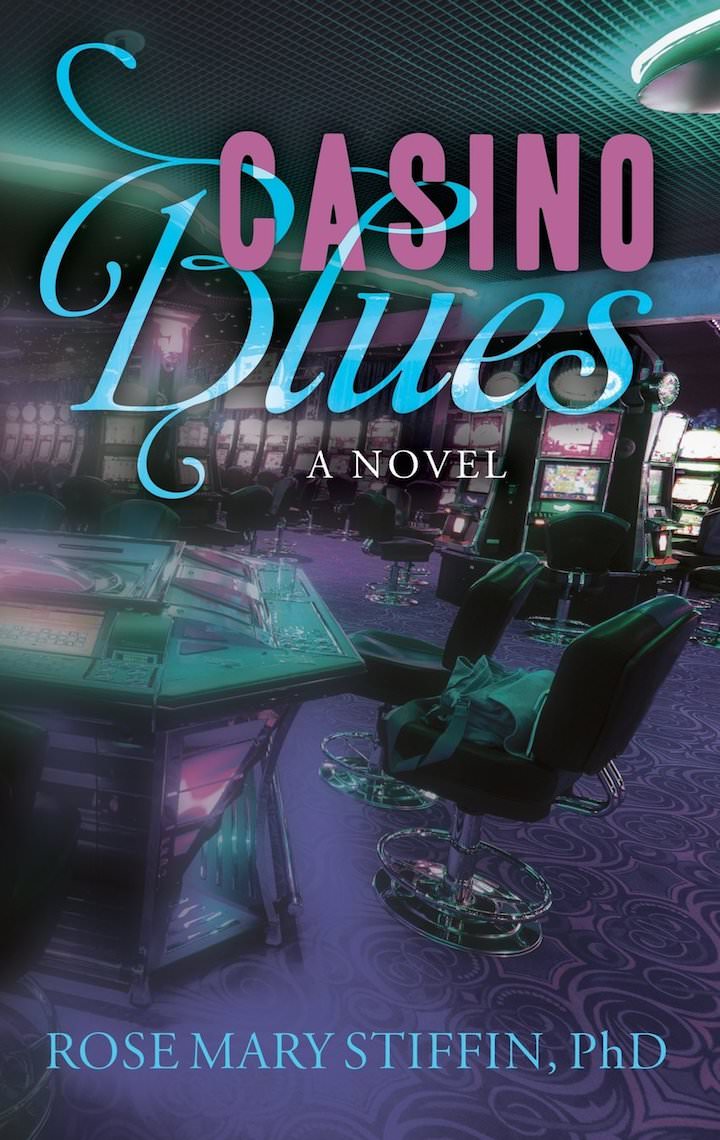 Shay often drove over to nearby Indianola to do his business. He always took Trudy and her kids, who viewed the twenty-minute drive as an adventure. They were desperate for a change of scenery, even though there was in actual fact very little difference between the two towns. But they grew restless in Shay’s isolated little house, so the drive did them all a world of good. He usually treated them to lunch and a small shopping spree at Walmart on Highway 82 on the way back to Leland.

Trudy’s favorite restaurant was Betty’s Place on Main Street, just off Depot. The place, seating no more than thirty inside and a few outside under the shade tree, specialized in soul food, like fried fish and chicken and rice.

“Mississippi is full of black-owned businesses.” Trudy had expressed her surprise at this the first time she’d entered the town and saw all the places with what appeared to be black proprietors behind counters.

Shay gave her a look she quickly came to recognize: contempt and irritation. She usually ignored the former and laughed at the latter.

“Why?” He was arranging her children around the small table, getting her children the many napkins and utensils they would invariably drop on the concrete floor. And she was letting him do so quite complacently.

He smacked his lips at her. “You listened to the wrong folks back home. Mississippi’s not like they want us to believe.”

She noticed he did not share what that belief they should have was.

“Shay, you’re the one who’s always saying how the white man is responsible for this or is destroying that. I’m just saying that I agree with you.”

Trudy found their exchange already boring. Shay had promised on this run he would get her lover. Plenty of it. She was ready for it.

Shay looked…nonplussed (her father’s favorite word). Then he gave her a guilty smile. “Mississippi’s not all bad is all I’m saying.”

He slapped the table lightly, stood, and left her. She knew he preferred another place a couple of blocks over, more for how they did their chicken and okra—both fried and spicy—than anything else. She also knew he would come back and take care of the bill.

Despite her opinion or Shay’s defense, she really was surprised at the black businesses. Not in Mississippi itself. She expected the so-called cities like Greenville (hardly a city; the whole of it could fit inside just part of Chicago) to have a few—auto shops, eateries, and hair salons—but these hamlets did also.

The woman whose name the restaurant bore came over and made much of Adrian and Sasha. The first time they had eaten there, she’d told them she had lived “all over,” but her heart was here. It had pulled her back years ago.

“What about you, Trudy,” she asked now, her pretty, chubby face friendly and inviting. “You staying here?”

“What? Here?” Too late, Trudy realized her questions could have been heard as a vague insult.

She got up and went to the back, returning a few moments later with two sodas. She handed one to Trudy.

“I’m old enough to be your mama, so I’m gonna tell you like she would: this is the best place a person could call home.”

Trudy sipped the soda: ice cold, strong, sweet. It took the edge off. “Are you some kind of ambassador for Mississippi, Indianola?” She took up a piece of fish, seasoned and fried to perfection, and popped it into her mouth.

Betty’s eyes dimmed slightly. “I wouldn’t say that.” She shifted her shapely heft in the seat, seared Trudy with her look. “You not going to go bat crazy in here, are you?” There was no misunderstanding her.

“Look—” Trudy stopped at the look in this older woman’s face. In a brawl, one Betty looked comfortable engaging in, she would beat Trudy to a pulp. The coming slur stayed at the back of her throat. “You don’t know me.”

“Sure I do. What I can’t figure is why you would be one. That shit’s for people twice your age, girl.”

And in that simple statement, Trudy’s life was emptied right on the table.

The women watched the children and finished their sodas in silence.

The café door opened, and in walked Shay. Trudy’s face brightened, just like Sasha’s and Matthew’s but for vastly different reasons.

He looked smug and proud, so Trudy knew all his “merchandise” had been bought or exchanged. He would surely have her lover.

As he slid into his chair at the table, Betty slid out and returned to the register at the counter. Did her gaze linger on Shay’s dreads, his broad smile?

Trudy wanted this Betty to know the power she had over her man. (He was not her man in the sense Fat Boy had been, but Betty wouldn’t know that.) She reached over, took his large hands in hers, and pulled him close. She gave him a lingering kiss, much to the delight of Matthew and Sasha, who could be heard giggling at this unexpected gesture of affection from Trudy.

She ran her hands along his sides and felt a bulge in his pants, but not the bulge of sexual excitement. It was in his pants pocket—cash. And she knew her lover was in there, too. She felt giddy, but she couldn’t smoke here. She settled back in her seat, ready to wait out her hunger. She glanced over at Betty, saw the envy in her eyes for Shay. Good.

Betty had to be forty if she was a day, but obviously she was attracted to younger men.

Shay ordered dessert for all of them, a whole sweet-potato pie.

“Coffee, too, Betty, and milk for these bugaboos.” Trudy watched the glint in Shay’s eyes. She made him happy; her kids made him happy. And because he had her lover, she supposed that, tonight, she could make them both happy.

The coffee was strong, and Trudy had to make it extra sweet. God, she wanted to scream. Her body ached for the lump in Shay’s pocket. She considered how irresponsible that was. He could be stopped by any cop in this town or on the highway back to Leland, but he seemed calm, as if his pockets were filled with cotton instead of wads of cash and crack.

The pie came, cut into generous slices and topped with whipped cream. As soon as Shay served the kids, they dug in, practically inhaling the pie down their throats.

Shay took a bite and called out to Betty, “Girl, this pie’s addictive! I’m ordering two to go. I’m surprised there isn’t some Negro out back shooting this shit up!”

Trudy watched the woman, laughing all flirty, like she was a twenty-two-year-old. She walked over to take the empty cups of milk from the table and waited until Trudy met her eyes. Trudy read the other woman’s obvious look. See, I don’t need crack to fuck him.

When the two pies came, boxed up and smelling like heaven (gushed Shay), Trudy hustled them out, anxious to leave Betty and her place. (How apropos, she thought, again, a la her father’s vernacular.)

Later that night, they pushed the two stuffed children into the small room at the back of his small house and closed the door, and Trudy laid the sleeping baby in his makeshift crib, a deep drawer lined with soft blankets and a small pillow.

Trudy sat on the bed, wearing her customary bed attire: a thin T-shirt and skimpy panties. Shay was nude, his erection jutting out cockily at a sixty-degree angle from his groin. He knelt before her, kissed each finger, and then raised himself up and kissed her as she had kissed him in the café back in Indianola.

She lay back on the bed, let him undress her. He kissed her eyelids closed. Then, his tongue traveled over her nose to her lips and settled there, his hot tongue probing her mouth deeply, as if searching for part of her soul, Trudy thought.

She opened up to him, ready to accept his desire. He used his fingers first. She remained dry. He used his mouth, and the only moisture was from his own saliva. He tried not to show his frustration as he attempted to enter her. It was like hitting a brick wall.

“I’m gonna go get us a beer,” she said. She knew Shay liked his Corona. They had smoked a joint between them after the children had been put down.

Trudy left for the beer and came back twenty-three minutes later. She was sweating, her heart was pounding, and her loopy smile was a mile wide. Her nipples were pointing like dark missiles from her pert breasts. When Shay took the beer, she pushed his hand lower to her crotch. His fingers came back slick and warm. She was wet with desire for him. The stench of the crack hung on her skin, in her breath as she plied him with open-mouth kisses.

She wanted to prove to that bitch Betty that she could fuck Shay without crack.