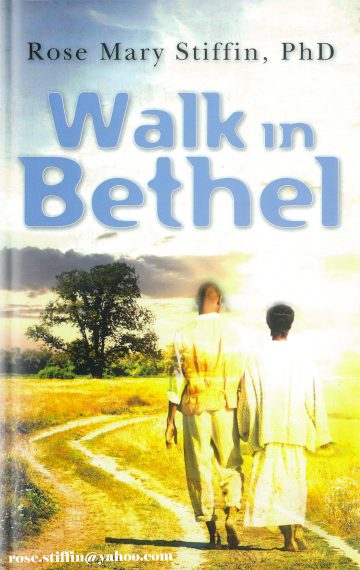 A return to the Southern Gothic tradition and a testimony to her Southern roots, author Rose Mary Stiffin’s debut novel, Walk in Bethel, is an earthy, spellbinding drama set in the sweltering Mississippi Delta. With skeletons in the closet and a myriad of back porch speculation, Stiffin writes in the vernacular of a multi-family epic that describes the darkest passages of the human heart, as well as its well-lit corridors of freedom, forgiveness, and love of family. Nashville is Reverend Carl Thompson’s wife; she secretly considers prayers to be no more than wishes yet believes God walks the Earth. Though she’s witnessed brutality, she’s also seen equality and human kindness. Returning from her Christian duty to call upon the infirm—in this case Belle Washington, a child-bride and runaway who has lost another child—Nashville is dragged into a cotton field by two depraved white youths, the Ferguson brothers, would have been brutally raped if it weren’t for Mike Poe fending off her attackers. Their desperate trek home is fraught with terror as they try to avoid the revenge-seeking brothers. The chaos leads to a desperate sin without measure, and consequences that will follow them to their graves. Years later, when Nashville’s daughter Allene marries Robert Sutton, a man with a murderous past, she’ll have no idea what truth will haunt him and what fate will provide. This unforgettable saga links three families, several generations, and is ultimately a story of survival, for what we can forgive is what we must never forget.