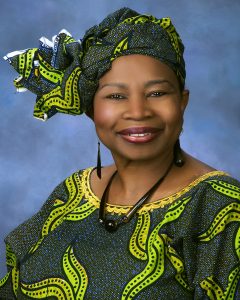 Several years ago, I was fortunate enough to attend a local science conference. Because it was free, I took my upper level chemistry class. There were only three, so this was not an issue of space, reservations, or anything.

When we arrived, I was glad to see that my students were excited to attend, as this was their first science conference ever, and I was excited because they were. A great day to be had all around, I surmised.

During one of the breaks, an elderly gentleman approached me and introduced himself. Of course, I could not recall his name five minutes later, so there is no way I would remember anything about him now except his age, color, and the words he said to me after introducing himself: “I thought he would be out playing basketball,” indicating the lone young man in my class. The others were young ladies.

Initially, I found his statement amusing, if for no other reason than the young man in question was, in my opinion, short and painfully thin! He did not look particularly athletic to me and I could not imagine him going for a layup or a three-pointer. Then, the true meaning of this supposedly innocuous assumption hit me: my student is black, ergo, he should be out playing asport. What a leap to make! But that is what this man meant. There were other males there, so it could not have been a place where his gender would have come into question. Could it have possibly been his race? After all, my students and I are part of the vast African Diaspora and the questioner definitely was not.

When I relayed this interchange with my students, they reacted with only vague interest. But I informed them that, because this man’s thinking is not unique, they may face such comments or questions as they travel through life.

One former student obtained a great internship in Texas. He was assigned to do a sophisticated spectral analysis of a molecule. Because his fellow lab worker had never heard of Florida Memorial University, he assumed that the student could not possibly grasp the instrument’s function or data output. He neglected to consider that some of his professors were Drs. Ayivi Huisso, Thomas Snowden, Telahun Desalegne, and me, Dr. Rose Mary Stiffin. I would say our unofficial collective motto is think or sink. The young man did not sink. From that one internship, he got a research paper published with his name as primary author–a distinguishing status that must be earned. He is now an MD-PhD.

When I first started teaching, my one goal was to graduate my freshmen class of science students. After that, I honestly had no thoughts. Just graduate them and see this as a major feat in my life as a so-called role model and mentor. One of the first graduates became a medical doctor. Then, another, and another, and another… In fact, since this first graduate, there have been approximately 95 of them, majoring in (pre) engineering, (pre) nursing, chemistry, or biology who have earned graduate degrees/professional degrees. We have produced engineers, molecular biologists, plant physiologists, dentists, pediatricians, obstetricians, nurses, pharmacists, pharmacologists, chiropractors, and microbiologists working at the CDC.

This means that, on average, we graduate six students yearly who become professionals in their field of endeavor. I’ve built a ‘wall’ upon which I place the names and photographs of these achievers as a testament to future students that ‘if they can, then you can, too.’

Is there a recipe for success? Well, nothing beats hard work, we can all agree on that. Communication helps, not simply with the students, but with other professors as well. If one student is failing physics, but making an A in biology, we discuss the professor’s practices, teaching methods, and how the student is assessed. Rarely has there been a student to fail one class and pass another with an A. Thus, we have continuity in addition to frank discussions. We do focused activities–reading and discussing science, and exploring the applicability of the work–that other universities deem ‘too difficult’ for the students and beyond their capabilities.

One of our former students visited last week. He is doing great. Married, a father, and a much sought-after consultant in the pharmaceutical industry. “To what do you owe your success?” I asked, not considering what his answer would be, just being naturally curious. He said that it was the science and theory he learned here, the ability to think critically, that we instilled in himhere. Those were the qualities that propelled him to success. In one form or another, many of the professors here have heard the same words.

Oh, and that young man who should have been “out playing basketball?” He is a well-respected physician. The other two students? They both have their PhDs and are working in STEM/health areas–actively making a difference in the health of thousands.